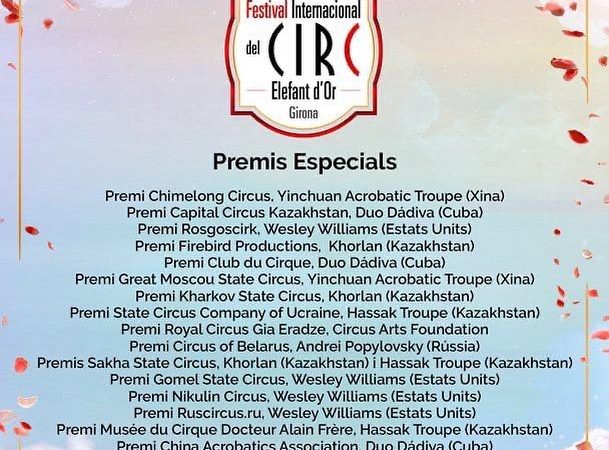 On February 18, 2020, the 9th International Circus Art Festival ended in the city of Girona in Spain.

2 years ago admin Comments Off on On February 18, 2020, the 9th International Circus Art Festival ended in the city of Girona in Spain.

Also, this unique performance of the Almaty Circus received several prestigious invitations to large circuses of the world.

We sincerely congratulate the circus performers and wish them further success in this difficult form of art!!!

The festive event is timed to the Day of the First President of the Republic of Kazakhstan. The charity event is organized for children with disabilities, children from low-income... Read More

On August, 12, 2018 the artists of the Kazakh State Circus conducted a performance in “Aport” the largest mall in the country . Well-known acrobats, clowns, trainers of dogs and... Read More

The date of birth of the Kazakh circus is officially considered as July 24, 1970. It was on this day at the arena of the Saratov circus premiere of... Read More